Here’s how to disguise your ADD as just being a renaissance man.

The good people at Squalorly know a thing or two about making people talk. Seth Piccolo and Kristina Pepelko cornered me on my way home from church (yeah right). They roughed me up, put some drinks in me, and started asking some questions. I let the whole cat out of the bag on this one, see.

Do You Love to Make Out?

Then I’ve got a poem for you.

Thanks to the great people at the Lowestoft Chronicle, I just received my first Pushcart Prize nomination for the poem below!

Just incase you’re still thinking twice about clicking the link, I tell you a bit about the poem. It is called “Time Dilation Case Study” and it has the usual features like Nikola Tesla, the CIA, geo arbitrage, Belize, reggae, the AAA, and turtles all the way down.

Sure maybe it’s a little egotistical to say first, implying that there will be many. But if you are offended, chances are you might not be a fan of my emphatic style anyway. I’ll still say thanks for stopping by!

Love James Bond and poetry but have a hard time putting them together? I did it for you here.

And one of them is kinda sexy

Games Not Grades: Is Codecademy the Only Future of Online Education

Provocative title and all, this post of mine just went up at critical margins.

If you haven’t been by codecademy, you might want to stop by there first. 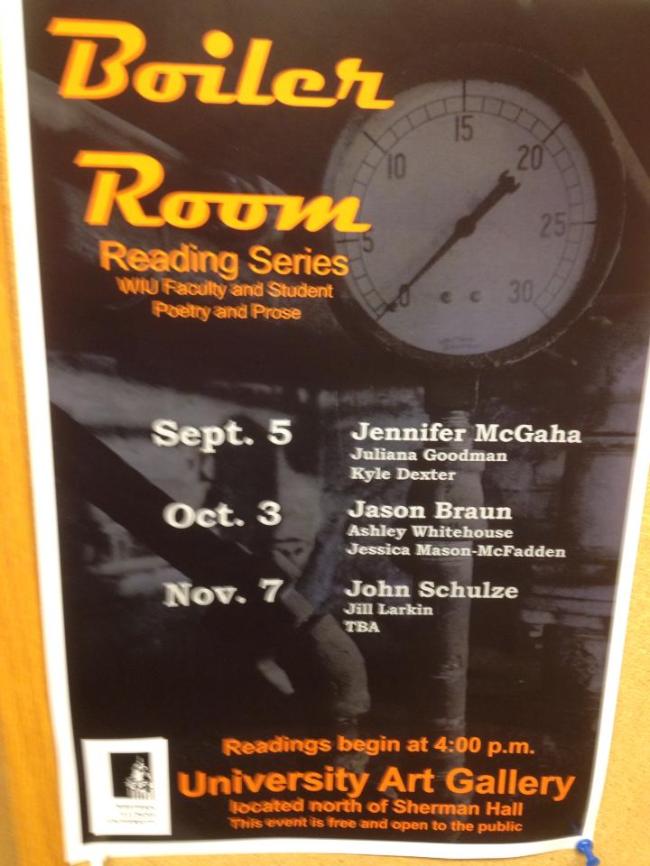 I’ve moved to Macomb, IL to teach full time as a member of the English faculty at Western Illinois University. If you happen to be in the area on October third, please come by the reading in the University Art Gallery. I’ll have CDs, jokes, and smiles for everybody. And I’ll do my best to keep it from becoming too serious.

A poem of mine just went up at Foothill

You can read it at: www.cgu.edu/foothill

But I understand if you’re busy.

It’s strange. Valerie Vogrin pointed out to me that these are such small poems written in response to such large paintings and murals.  But I think the people in Rivera’s painting are of few words.

Two of my poems just went up at The Eunoia Review

One of them contains a reference to an old John Cusack movie? Know the name of the movie? The first person to email me with the correct title gets 10,000 points, or a free Jason and the Beast CD.

A well-traveled poem of mine about Guatemala, the people you meet in hostels, and avocados just went up at Outside In Magazine.

I wouldn’t be mad or anything if you clicked on the link to check it out.
http://outsideinmagazine.com/issue-thirteen/poetry/twenty-avocados-jason-braun/

AUTHORS UNBOUND: THE RISE OF THE MAKER AUTHOR is up a Critical Margins

Authors like Matt Kindt, Jenifer Egan, Geoff Schmidt, Ander Monson and more are pushing past the printed page and into the third dimension.

Find out how Author’s can get in on some of that Maker action!
http://criticalmargins.com/2013/05/01/authors-unbound-maker-authors/

Corey Stevens had this to say:

Their is going to be a new way to edit your class assignments online. Or is it they’re? There?

Jason Braun, an English composition teacher at Southern Illinois University Edwardsville, has released the world’s first homophone checker.  Homophones are words that sound alike, but are spelled differently, and cause a lot of confusion for many beginning writers.

A new post of mine just went up at Critical Margins

It’s about Zombies, Matt Kindt, and the Future of the Book .

Local Boy (Me) Makes Good (For Once)

Homophonecheck.com getting props at Critical Margins

Recently, I’ve discovered two tools that have helped me introduce grammar concepts to students without having to dig through textbooks: Grammarly andHomophone Check.

Did you know I host a radio show?

If you have a book of poems, short stories, or creative nonfiction that you think is newsworthy, get at me.

There, their, and they’re won’t be a problem if you use homophonecheck.com

Writers copy text and paste it into the homophone checker. Then 40 of the most commonly confused homophones–words that sound the same but are spelled differently– are highlighted automatically. When writers move their curser over the highlighted homophones, a box pops up showing each possible word, its part of speech, and a grammatically correct example sentence.

Although Braun has published extensively, and is the Associate Editor of Sou’wester, a national literary magazine published through SIUE, he has dyslexia and has struggled with these homophones himself. While teaching English Composition, Braun found errors in students writing, distracting from the content of their papers. He complained to his colleagues for a while. They concurred. Then he analyzed the most frequent errors in student papers and conducted an informal survey of his colleagues to determine the most common homophone confusions in student work. Braun then made a list of these words, along with the parts of speech they belong to and an example sentence for each.

Braun bought homophonecheck.com from Godaddy.com. Then he called in Dan McKenzie, a computer programmer, bass player, and artist. Braun and McKenzie have collaborated on projects as diverse as Hip Hop albums and apps. Last year, they created an iPhone app that was the 144th most downloaded paid business app on iTunes. Braun and McKenzie worked on this project for over six months.

Here’s a short profile and interview I did with my friend and mentor, the app star, Al Katkowsky.

Four of my poems just went up at SOFTBLOW. The poems are about talking trees, obsession and carpentry, white guys listening to black power poems, volvos, pleasure of old records and other stuff. But I’d just check it out for the shark logo.

Kevin Eagan and I get it going crossfire-style in this blog post below!

A few hardboiled and central american inspired poems of mine and a Q and A just went up at Prime Number. If you’ve ever planed a getaway, this is for you.